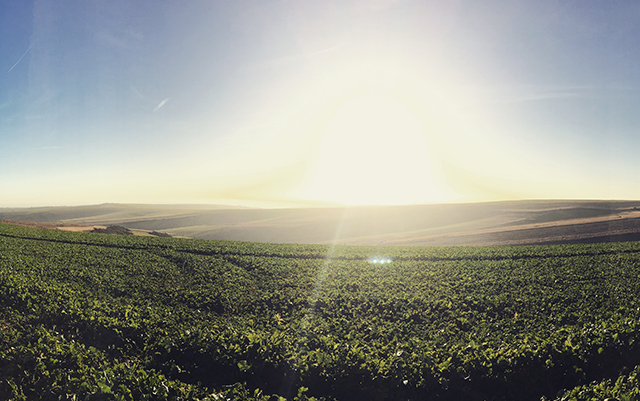 Ben Taylor writes: Winter on the farm is always a time for routine. With nearly 1000 cows to feed the logistics of getting food to them and getting the inevitable “waste” away becomes a major operation. On the whole we try to feed and litter the cows on Monday, Wednesday and Friday leaving the other two days for other jobs. We use about 100 bales of silage and the same of straw every time, so a sharp knife and a pair of gloves are essential.

We also use the winter period to fatten cattle. They are fed a mix of maize silage and grass silage with a hefty portion of ground wheat or barley to provide a bit of “rocket fuel”. This year we are sending one or two loads of cattle away every week, and the prices are actually much better than last year, although lower than the year before that. It is always pleasing to see them safely loaded and looking really good.

Our herd is experiencing a gradual change from Sussex to crossbreeds. The end product is bigger and better muscled, as well as getting fat a bit sooner. The Sussex cattle still have a place on the estate: they are very economical grazers of low quality grass, particularly on the hill. We now graze the Castle Hill Nature Reserve in partnership with Natural England, and they are keen to see native breed cattle controlling the less desirable species of grass, allowing the more desirable species and habitats to flourish.

Winter is the time for TB testing. In theory February marks the lowest population of cattle on the farm. New calves are just about to be born and fat cattle are nearly all sold. That said it is still four days work for four people, moving cattle to the handling system, reading their ear tags (this is easier now they have electronic ID) recording their test results and then doing it all again 72 hours later when the test is re-checked. It’s also pretty nerve-wracking: the implications of a positive test are horrendous, as we have to re-test the cattle every 60 days until we have two consecutive clear tests. This is immensely stressful for both cattle and humans. By that time the cows all have baby calves; they must be tested too, and also of course the cows are outside and must be gathered from the field twice, without losing any baby calves in the ditch or even onto the next farm. Anyway there will definitely be a lot of crossed fingers that week!

On the cropping side of the farm, we will be aiming to plant our spring barley anytime from the middle of February onwards. The crop is destined for malting, and is bred specifically for Carlsberg as it contains high levels of a particular protein that aids the brewing process. Following the barley are the peas and the maize, the peas are destined for Birds Eye where they are used for seed for the frozen peas that you buy in the shops. Finally in early June we will be sowing wild bird seed mixes. These are grown in addition to the Game Bird seeds, and are designed to provide winter food for wild birds.

Of course the winter sown crops must not be forgotten It’s always pleasing when the first new shoots are seen in the spring – bringing a sigh of relief that the crop has made it through the winter intact, that the slugs, pigeons and aphids have not destroyed it and renewed hope that it might actually have a bit of potential to provide a decent yield… Roll on the spring!

Lastly, now that the shooting season has just ended, I am able to tell you that from next season the ‘Iford Downs Shoot’ will become a 2-day-a-week shoot (apart from two weeks in September and the last week of January).