The Archaeology of Iford

Archaeological project work on the Estate has been undertaken for many years by the Sussex Pastfinders, an archaeological fieldwork group that feed directly into the Historical Environment Record of Sussex through the Portable Antiquities Scheme (PAS). 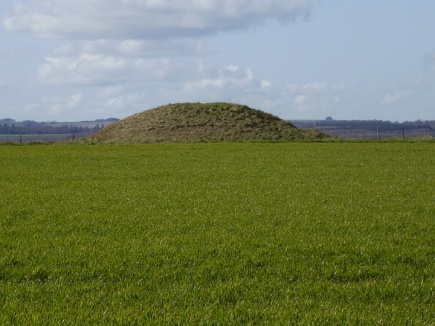 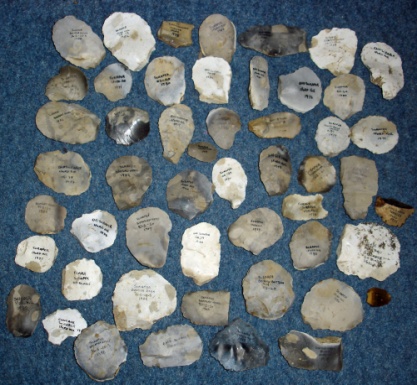 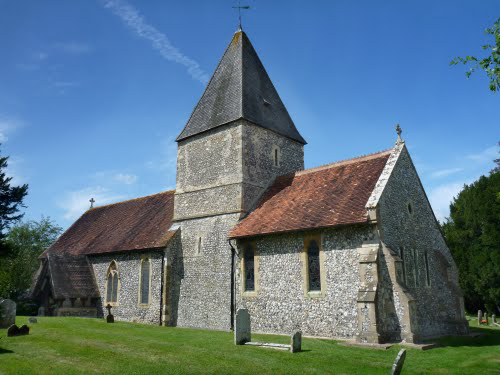 St Nicholas Church in Iford is on a site that has been the focus of activity since Roman times.

The village centres of Iford and Swanborough nestle in the fertile valley between the hills and escarpments of the South Downs and the flood plain of the river Ouse. Today, the busy Lewes to Newhaven road cuts through these ancient fields and pays no homage to their ancient history. Indeed, with few exceptions there is little obvious sign of the rich history and heritage that is present hereabouts and the archaeology present is therefore more about the stray-find material culture left behind by an essentially agricultural community over the centuries. Scratch below the surface however, and a fascinating picture begins to emerge of a landscape that has been important since prehistory.

As a testament to its ancient roots the Downs above Iford are actually peppered with the remains of burial tumuli and ancient field systems preserved in the landscape. In the plain below, the rising area around St Nicholas church in Iford has in all probability been important since Roman times. Water levels in the past were at times higher than at present and the tidal estuary would have encroached across the Brooks much closer to the present day village where the land begins to rise.

The fields of Iford and Swanborough have a significant amount of Medieval pottery scattered about them. These are associated with the manuring practices of the time

Iford is believed to be the 'Niworde' mentioned in the Doomsday book in which reference is made to a church which is probably an earlier foundation of St Nicholas. There is some notable evidence around the present day church of Anglo Saxon activity that also extends over the fields to the west of the village and closer to Swanborough drove. 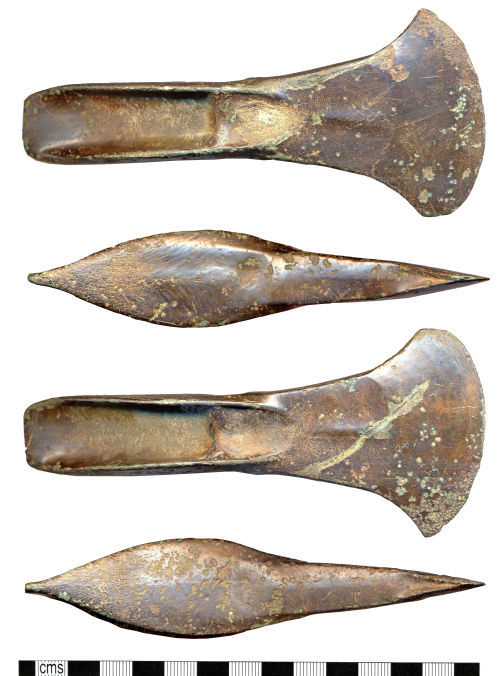 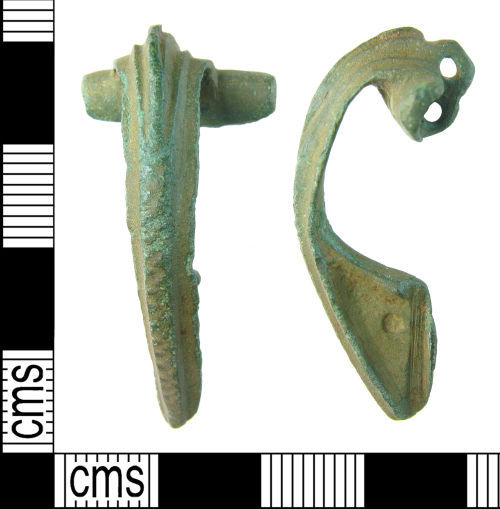 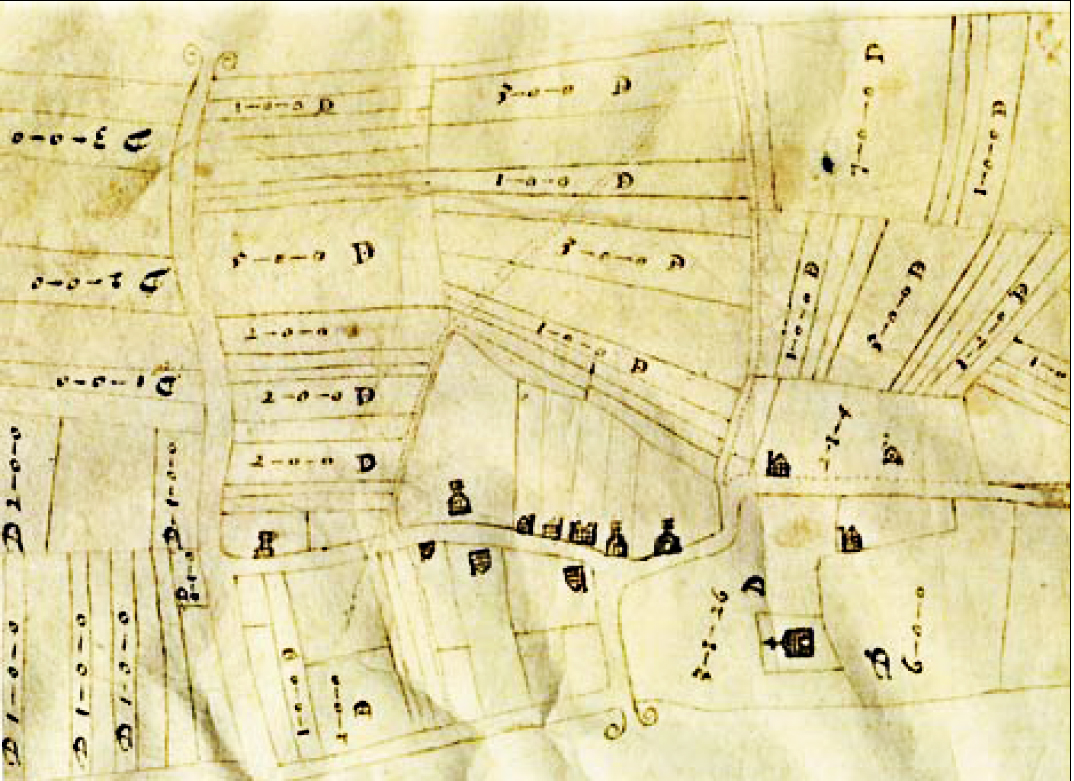 An Iford map of circa 1630 showing the strip farming open field system that existed at the time.

Work is currently ongoing at the British Museum looking at prehistoric flint assemblages found and catalogued over many years by a resident of the village on the Downs above Iford and Swanborough. An example of a recently created PAS record for one of the flints found in Iford is shown below.

From Saxon times onwards the fields around the village would be managed collectively as part of the so-called open field system, with large fields called Laines divided into furlongs and then strips or selions. Although the narrow strips would be worked individually by the villeins of Iford the need for common crop planting and rotations would require considerable cooperation. The remnants of the open field structure survived in Iford right up until the enclosure act of 1830. The adjacent map dating to circa 1630 shows how the field divisions looked at the time. 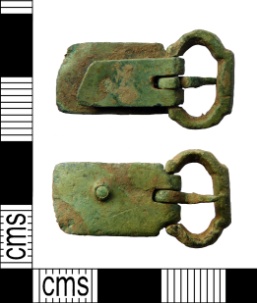 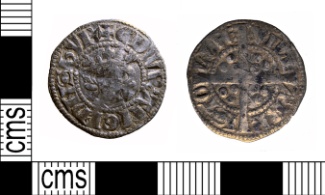 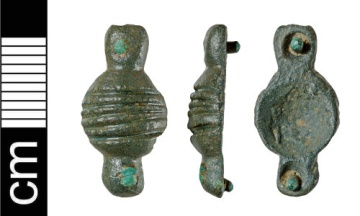 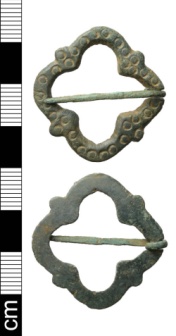 Buckles, coinage, strap fittings and base metal jewellery are all typical examples of artefacts associated with former Medieval villages

After the Norman Conquest the population of Iford increased considerably. As well as working their own strips, villeins would, in addition, be required to work on the Lord's land. Furthermore, many may have owed labour to the Grange lands of the Southover Priory situated in Swanborough. For a medieval villager constant and hard working was the ruling fact of life. The intensive cultivation of the fields around Iford and Swanborough would involve a good deal of indirect manuring, evidence of which remains today in the form of a spread of medieval pottery sherds across the fields that were gathered up with the animal soil. Harvest time in medieval Iford and Swanborough would be a particularly busy and communal time with whole families engaged in the strenuous effort. In all likelihood they inadvertently lost an array of everyday personal objects. A selection of typical stray-find losses recovered at similar former Medieval villages are shown above.

In the year 1339 consecutive disastrous growing seasons brought about flooding and crop failure and the ensuing famine, grain and able-bodied manpower shortage, meant that in 1340 a huge 110 acres in Iford were left unsown, which amounted to about 25% of the arable land in the village. The black death of 1348-1349 reduced the population by around a third leaving the lord with a mass of barren and uncultivated villein lands. These events heralded the start of considerable socio-economic change and by the Tudor period in 1485, the population would have been largely transformed into individual landowners working their own freehold and copyhold lands. By the nineteenth century the market for land and labour had brought into being a community of landless wage labourers and of large tenant farmers and landowners.

Some of these individuals from the 17th century onwards surface once again in the present, when from time to time lead tokens are found in the fields and gardens around Iford and Swanborough. These tokens were probably used as small change or as checks and tallies for work carried out by the labouring classes. There are lots of different token designs but the most poignant ones such as those shown above have what are most probably the issuers initials cast into the lead. 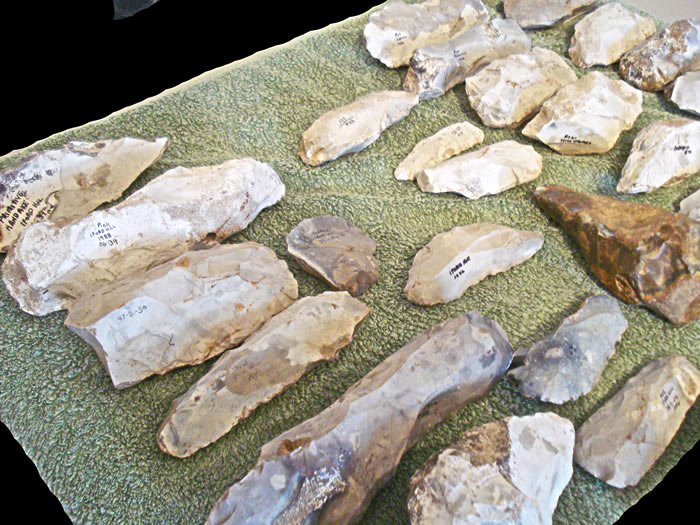 Assemblage of worked flints recovered through permitted fieldwalking over several decades in the ancient landscape overlooking Iford and Swanborough.